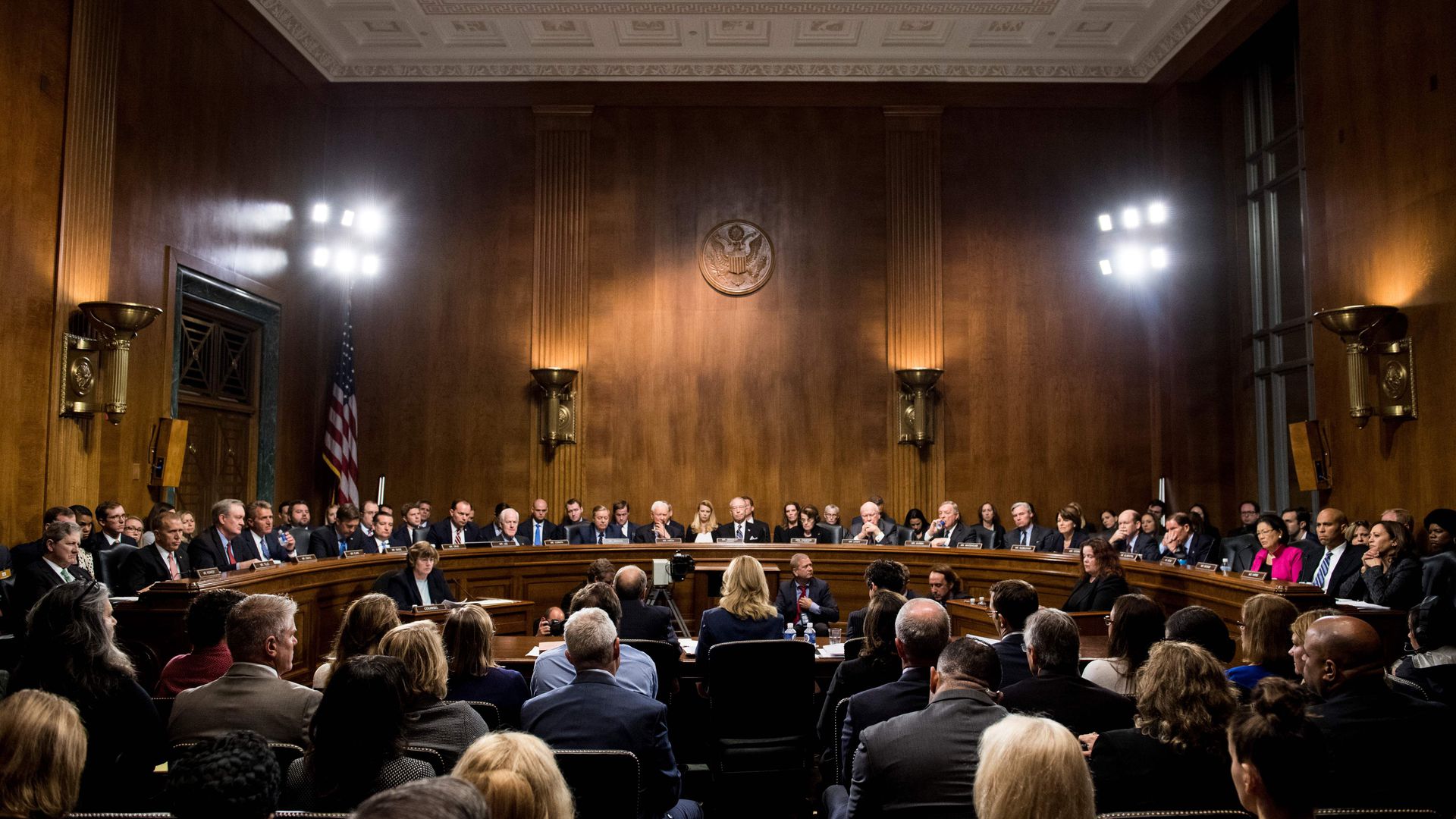 You can’t avoid the news about potential Supreme Court Justice Brett Kavanaugh and Christine Blasey Ford so I’ll talk about it here. The thing I mainly take away from this mess is this: It is CONFIRMED – sin still stinks. A lot.

First: Let’s begin with the accusations. Someone is lying. It may be Brett. It may be his accusers. But someone is bearing false witness and that STINKS. The confusion around “he said, she said” arguments should alarm everyone on both sides of the issue. If you are comfortable with a world where accusations can be made and reputations immediately destroyed you are asking to regress back into the dark ages of human history. Our system of justice tries people based on multiple evidentiary statements because human history discovered singular accusers are sometimes corrupt and/or badly mistaken. Anyone who has ever had to do damage control over false accusations against them knows the hurt and pain it can cause. Today it is someone you don’t know, tomorrow it could be you. Or worse, your son or daughter. I don’t want to live in a world where a single lying accuser has that much power. God didn’t want you to live in that world either. The Torah (first five books of the Bible) on which much of our justice system is built called for 2 or 3 witnesses for any accusation to be considered credible. (See Deuteronomy 19:15). That being said, sexual crimes are often committed in private and produce questionable recollection for both parties (or more) involved. I equally hate a world where a sexual abuser can abuse and then deny it ever happened with zero accountability. For all this, we are reminded that lying is a terrible sin that carries drastic consequences. Proverbs speaks of the six things God hates. Two of the six mentioned have to do with lying.

Proverbs 6:16–19 (ESV) There are six things that the LORD hates, seven that are an abomination to him: 17 haughty eyes, a lying tongue, and hands that shed innocent blood, 18 a heart that devises wicked plans, feet that make haste to run to evil, 19 a false witness who breathes out lies, and one who sows discord among brothers.

Second: Sexual activity outside of marriage STILL STINKS. Let’s take the accusers testimony legitimately for a moment. Sex outside of marriage is terrible. The sexual revolution of the 1960s had it wrong and we are living with its faulty conclusions to this day. I’m not saying sexual immorality did not exist BEFORE the 1960s, but the celebration of sexual license beyond the Judeo-Christian foundation of “one man-one woman for life” has produced untold amounts of hurt and pain for untold numbers of people. A simple question almost anyone can ask themselves is this: Did the sexual experiences you had outside of marriage make your life more or less painful?

Third: Absentee parenting STILL STINKS. My question is for the parents of all the 1980 teenagers involved: “WHERE WERE YOU?” I know some of your children were at boarding school but I am mystified as to the leniency of letting a 15-year-old daughter attend any party where there were ZERO adults and at least 4 17-year-old boys with beer.  It is our job as parents to guide and protect the purity of our children understanding FULL WELL that our children’s minds are not fully developed to make wise choices regarding where they go. There can be no negotiating, no caving into a child’s tantrum or demands here. It’s okay to be hated and despised by your children so long as they are protected. Dear Parents, be extra careful with those precious souls under your charge. Their future depends on it.

I also know that much parental neglect is due to America’s endless quest for the “good life”. That is, both parents working full-time jobs to make sure they “have it all.” That may sound good but prove damaging to your children. If you are so busy you have no energy to monitor/examine your children’s extracurricular activities it may be time to rethink your goals and your lifestyle. Perhaps avoiding the “creature comforts” you could have for the upbringing your children SHOULD have is the choice you need to make.

Fourth: Drunkness… do I need to really unpack this? Let the scriptures do the speaking:

Ephesians 5:18 (ESV) And do not get drunk with wine, for that is debauchery, but be filled with the Spirit,
Proverbs 20:1 (ESV) Wine is a mocker, strong drink a brawler, and whoever is led astray by it is not wise.
Proverbs 23:20 (ESV) Be not among drunkards or among gluttonous eaters of meat 21 for the drunkard and the glutton will come to poverty, and slumber will clothe them with rags.
Proverbs 23:29–35 (ESV) Who has woe? Who has sorrow? Who has strife? Who has complaining? Who has wounds without cause? Who has redness of eyes? 30 Those who tarry long over wine; those who go to try mixed wine. 31 Do not look at wine when it is red, when it sparkles in the cup and goes down smoothly. 32 In the end it bites like a serpent and stings like an adder. 33 Your eyes will see strange things, and your heart utter perverse things. 34 You will be like one who lies down in the midst of the sea, like one who lies on the top of a mast. 35 “They struck me,” you will say, “but I was not hurt; they beat me, but I did not feel it. When shall I awake? I must have another drink.”

There’s one more thing that stinks above all.

I know there are some reading this right now saying to me, “You have no idea what its like to be sexually abused/assaulted.” To which I would not respond. I do know that Christ knows what it’s like to be wrongfully abused and shamed. And as He hung naked on the cross before those who hated Him He did what God does: He forgave.

I have one more question. Do you really want the REST of your life judged forever based on what you did as a teenager? Is character change ever possible? I get the argument about it being “the highest court in the land” and that’s fair. But a life is already damaged by an accusation (as of this writing it has yet to be proven). If you’re okay with that AND you call yourself a Christian then you need to revisit the Cross. You need to reopen the scriptures and read about the people God assigned to bring you the Gospel. People like Moses and Paul who murdered and tormented others. People like David and Solomon who sexually exploited women. People like Matthew who financially exploited his community. People like Nehemiah with a notoriously bad temper. People like Mary Magdalene who had seven demons and lived a very questionable life. The fact is, God used people with terrible pasts for two reasons: ONE: that’s all He could find… TWO: His grace is always greater than our sin.

If you want to live in unforgiveness because someone stole your innocence and destroyed your spirit, you can. But the Cross invites us to an alternative kind of life. It calls us to lay down our pain, hurt and shame. It calls us to confess the wrongs we have done to others and forgive their wrongs against us. It reminds us the STENCH of our SIN was laid upon HIS innocent shoulders and we walk away from that Cross forgiven and free.

You can have your opinion as to what you think happened 36 years ago in Maryland. Only God knows the truth and He will one day bring every concealed thing to light and every injustice to justice. As for me (and you if you accept it) my sins were laid on Him and I’m no longer who I was.

Grace was greater. How sweet the sound.