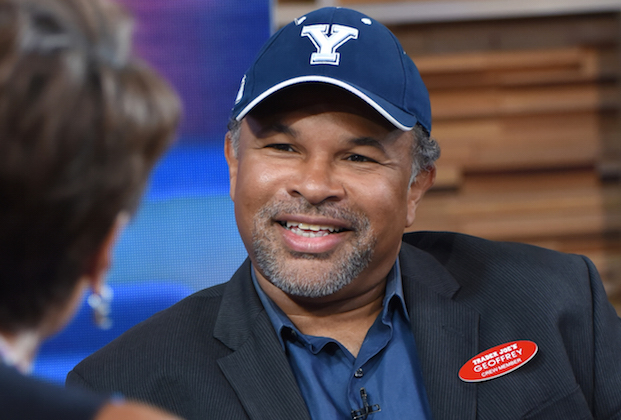 Do Your Job In Jesus’ Name

Have you heard about the former Cosby Show Actor that was “Job-Shamed” for being spotted working at Trader Joe’s in New Jersey? His name is Geoffrey Owens and he played Dr. Huxtable’s son-in-law. He was just interviewed on Good Morning America. I was floored by his responses to the questions about working both in and out of Hollywood, both in prestigious society and regular life because his answers were powerful, true and devoid of any hint of entitlement.

Geoffrey speaks with the authority of experience. He has persevered in his pursuit of acting, enduring 26 years as a part-time actor with only one job lasting more than 10 weeks. When asked if this new experience has given him acting opportunities he responded by noting he wouldn’t want a job simply due to this newfound exposure to the American eye. He took the job at Trader Joes because it was flexible and helped pay the bills. Finally, he wrapped up the interview with profound words: “This business (his notoriety for being “Job-shamed”) is going to pass… I hope what doesn’t pass is this rethinking of what it means to work. The honor of the working person and the dignity of work.”

Colossians 3:23 (ESV) Whatever you do, work heartily, as for the Lord and not for men

Proverbs 14:23 (ESV) In all toil there is profit, but mere talk tends only to poverty.

Proverbs 12:11 (ESV) Whoever works his land will have plenty of bread, but he who follows worthless pursuits lacks sense.

Consider that God’s first act is the “work” of Creation:

Genesis 2:2 (ESV) And on the seventh day God finished His work that He had done

His second act is viewing it and rejoicing over it.

Genesis 1:31 (ESV) And God saw everything that He had made, and behold, it was very good.

We live in a culture that tends to degrade certain kinds of work. Consider the image in your mind when you think of a Plumber and contrast that with the image you see when you think of a Lawyer. But both are doing work that is tremendously valuable to society. Yet one is honored and the other is disgraced. This should not be. There is no shame in an honest and good job well done.

This has been a problem for the church as well. Many people see the Preacher or Music Leader as some sort of “super Christian’ with a holy calling much higher than that of the “regular joe” sitting in the seats listening to them. Consequently, many Christians devalue a huge part of their life that God inherently values in Himself. God authored work in Creation and sent His Son as a manual labor for 30 years before His public ministry began. Interestingly, when Christ began His public ministry, He too was “job-shamed” by his hometown:

There is no shame in hard work. You don’t need to be a Pastor or religious professional to bring glory to God with your life. Perhaps you have a job you don’t want. I hear you. I’ve been there. Before Pastoring, I worked at a hardware store, a number of restaurants and a bank. Those times were invaluable experiences that helped shape me and teach me the value of being on time, sticking to my word, respecting people who were different than me and going above the call of duty. Those seemingly “unspiritual” practices are the very things God blesses and uses to shape us. So do them now and do them well.

Perhaps you’ve fallen victim to the “dream job” ambition. As if there is a job you are really supposed to do and life’s experiences or some people group has robbed you of that opportunity. Perhaps you’ve watched too many episodes of American Idol or some show like that. The truth is many have a job they never “dreamt” about. The answer to not having your dream job is to open your eyes and ask God to give you wisdom on “making the most of every opportunity” (Ephesians 5:16). Honor and dignity are found in doing what God has given you to do with all your heart where you are right now.

The Church has a long history of implying that prayer, singing, church attendance, and mission trips are the true activities of the Christian life. But that eliminates 99% of the rest of your time. What a tragic way to waste the one commodity we all equally share every day and what a terrible witness to the world. Paul could not disagree more:

1 Thessalonians 4:11–12 (NLT) Make it your goal to live a quiet life, minding your own business and working with your hands, just as we instructed you before. 12 Then people who are not believers will respect the way you live, and you will not need to depend on others.

Hard honest work in a “regular” job may not be “sexy”, but it’s faithful. In the end, that’s what God is looking for.