We arrived in Jerusalem the night before and then set out in the morning to a location from which Jesus would have looked over the city. We read Psalm 121-122 and share wine. Our guide reminds us of an important passage of Scripture which Solomon prayed over this city. Solomon asked that God would answer the prayer of any person from another nation who came to Jerusalem and prayed here.

The guide gives us a moment to pray alone and I ask (among other things) for God to send revival to New England. May it come, Lord!

Jerusalem – A City Compacted Together

From there we head to the remains of Herod’s Temple, past the Western Wall (we will see that later), and into the underground tunnels and current excavations being done in the Temple Mount. It is stunning to think this is where Solomon built the temple 2800 years ago, where Ezra oversaw the building of the second temple (2400 years ago) and where Herod built his enormous and elaborate Temple (2100 years ago). Unbelievably, you can look down about 6-7 floors and see some of the remains of Solomon’s Temple. Crazy.

Underground in the Temple Remains

Outside the Temple we see the steps going into the gate where Peter may have proclaimed the Gospel on the day of Pentecost. The guide shows us the remain of 100s of “Mikvehs”.

Mikvah Remains Outside the Temple Walls

Mikvehs are ritual baptism pools the Jews used as they entered the Temple for three annual feast-day pilgrimages (Passover, Pentecost, and Tabernacles). Now what is so incredible about these pools is how many there are, literally over 100. Our guide informs us that THIS is how 3000 believers are able to be baptized on the day of Pentecost, the pools were waiting. This REALLY happened!

Every Mikveh has seven steps with a divider down the middle. The imagery being that you do not come out of the waters the same way you went in. This is a profound illustration of our Baptism into Christ! I took a picture of the illustration for clarity:

We head off to tour the “City of David”, a portion of the city believed to house the ruins of David’s palace. The climbing today is exhausting for many and I happily attain my “Activity” goal on my watch within hours!

Excavations here are ongoing and there is tons of noise. Our guide explains that recent findings lend more credence to the idea that David’s palace resided right here. Interestingly, we can clearly see how David’s palace overlooked the entire ancient city. This is how he would have seen Bathsheba bathing from on his roof. It is a solemn reminder that great men of God have failed before us and we must be on our guard continually against the temptation to think we have arrived.

We travel down into the tunnel systems built by Hezekiah. We also see the shaft Joab used to enter the city of Jerusalem leading to David’s conquest almost 3000 years ago.

It is crazy to think about how all of this remains. I’m also inspired by the fact that the nations who lived here before the Jews (Canaan) really did build impressive fortresses that would have intimidated any ancient people. I begin to sympathize with those 10 spies who felt overwhelmed by the obstacles.

Deep in the Ancient Defenses of the City 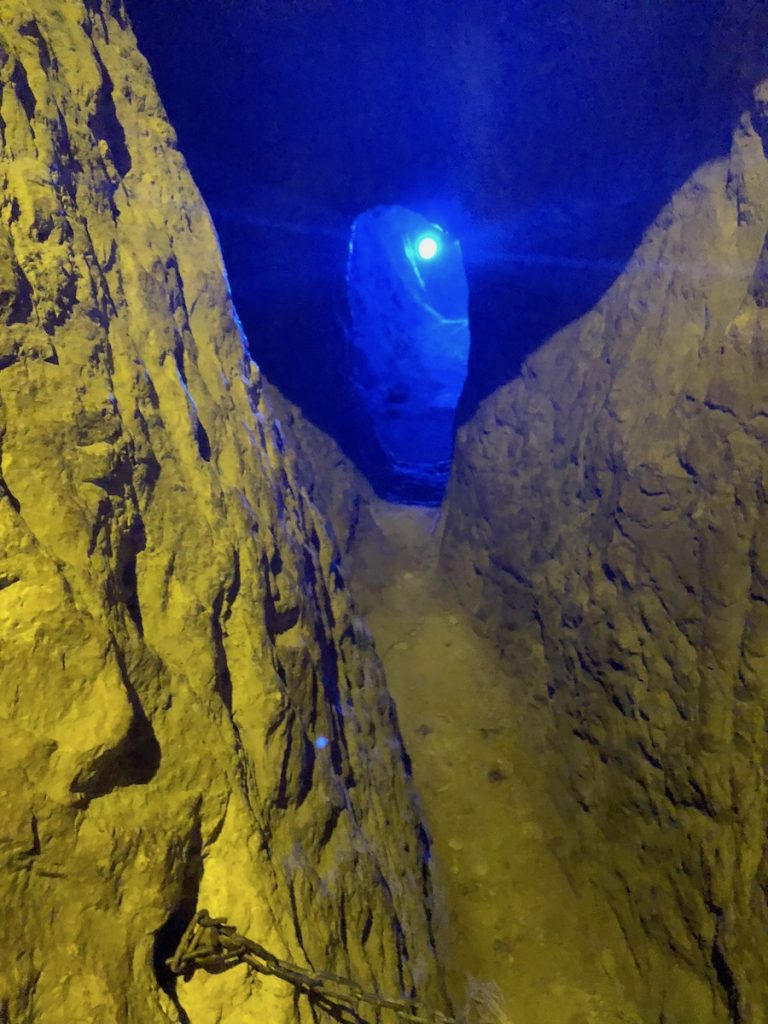 Sometimes we like to think we would have been Joshua and Caleb or David or one of the other great conquering heroes in the Old Testament. I’m humbled to consider, perhaps I would have been one of the doubters. Thankfully, our true and better Joshua, Caleb and David – Jesus Christ has conquered our eternal enemy for us! This is the point of all the Old Testament stories, that in Him, we win. Without Him, we can do nothing.