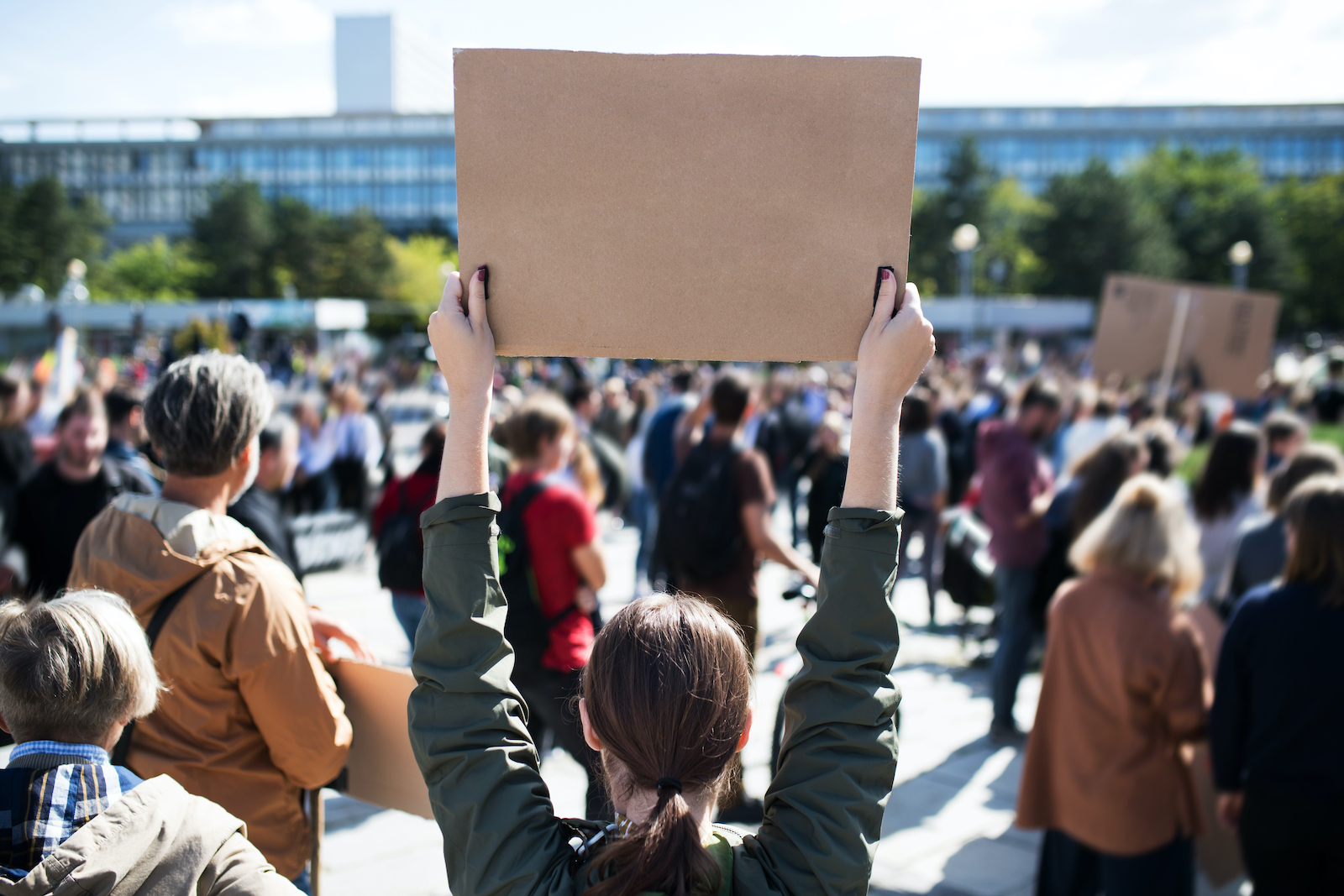 The natural human condition is to camp in our segments of society, imagining that our way of seeing the world is right, someone is the enemy and we must toe the “party-line” at all costs to “defeat” them. This has never been more evident than during the in-person and social media protests surrounding the murder of George Floyd.

In a time when we are being asked to take a stand, I’m willing to clearly state my own. Christians above all must be willing to bear the cost of social estrangement as we stand for our faith. I also understand that we can get caught up in the raw emotion of a devastating and evil moment. I speak now so that I share from scripture and not heated emotionalism.

When I read scripture, I’m brought again and again to one simple reality: There is NO ONE who does what is good.

Psalm 14:2–3 (ESV) The LORD looks down from heaven on the children of man, to see if there are any who understand, who seek after God. 3 They have all turned aside; together they have become corrupt; there is none who does good, not even one.

Read that passage again slowly, because it refers to the universal contamination in ALL of us. We are ALL sinners, we are ALL corrupt in our imaginations and thoughts. Therefore, we will judge by uninformed appearances. We will level attacks at others without regard for their experience or story. We will vehemently fight for what WE THINK is RIGHT oftentimes at the expense of what eventually PROVES right or IS right. (Stay with me…)

Paul quotes Psalm 14’s sentiment in his dissertation on God’s historical work of salvation. We refer to that work as the book of Romans in the New Testament (See Romans 3:12). He begins with the wrath of God against the unbeliever in Romans 1, the hypocrisy of believers in Romans 2 and he ends his preliminary argument that everyone needs salvation in Romans 3:23-24 (ESV) “for all have sinned and fall short of the glory of God and are justified by his grace as a gift, through the redemption that is in Christ Jesus.”

Christians are informed by Scripture that CHRIST ALONE was totally and utterly good and righteous, perfectly informed, and absolutely just in all His dealings with mankind. Christ alone. Not you, not me, certainly not News Media nor any politician.

To that end, Christians are called to seek HIS kingdom and righteousness (Matthew 6:33). This means that we will be outsiders to the kingdoms and tribes of this world often at great cost to us socially, emotionally, financially and relationally.

Which brings me to the Black Lives Matter movement. A movement at the height of popularity in this moment but not often checked against the standards of scripture EVEN by Christians. This movement was begun NOT from the truths of scripture but rather the perspective of secular morality void of Biblical foundations and absolute truth. (A black female 1960’s Civil Rights activist chronicled her own difficulty with the movement based on this fact.) The PROBLEM is, the veneer of the movement’s primary virtue (that Black people do in fact matter) is one we can all agree with while the ultimate goal of the movement seeks to undermine the very thing God established to empower black people = the FAMILY. I will list FROM THEIR WEBSITE, the following values of the Black Lives Matter movement:

“We are self-reflexive and do the work required to dismantle cisgender privilege and uplift Black trans folk, especially Black trans women who continue to be disproportionately impacted by trans-antagonistic violence.”

“We disrupt the Western-prescribed nuclear family structure requirement by supporting each other as extended families and “villages” that collectively care for one another, especially our children, to the degree that mothers, parents, and children are comfortable.”

“We foster a queer‐affirming network. When we gather, we do so with the intention of freeing ourselves from the tight grip of heteronormative thinking, or rather, the belief that all in the world are heterosexual (unless s/he or they disclose otherwise).” (source).

Perhaps the most egregious violation of Biblical standards is the middle section above wherein the movement seeks to disrupt the very institution God has established from the Garden of Eden, legislated by the Law of Moses and certified by Christ Himself in Matthew 19. That is: man and woman united in marriage for life is the instrument set forth from the heavens to solidify social structures and encourage human flourishing. Everywhere the God-ordained family structure is disregarded or vilified, society crumbles and people suffer. Today, marriage is shunned by an alarming percentage of young people, having children out of wedlock is the majority practice, fathers are often regarded as toxic (see the term “Patriarchy”) and mothers are expected to act like men. Now, uninhibited and undisciplined children flood the streets, steal, murder and commit other crimes in the name of social justice. A greater irony I have not seen.

If you are not a Christian, if you do not regard the scriptures as God-breathed and authoritative for life, if you reject Christ’s own words on the matters of family and marriage, I expect you to be fine with any or all the beliefs as stipulated on the Black Lives Matter website. But as a Christian, as a God-fearing Pastor (by God’s grace), I cannot and will not stand with an organization that seeks to deconstruct what God has established. I will not AFFIRM what God does not affirm. I will not bow the knee to political correct associations for the sake of “virtue signaling” that I’m “with you” or “on the right side of history” or whatever else you may demand.

Further, I do not simply believe black people matter. I believe they bear in themselves the very image of God. I believe they are my biological relatives through Adam’s and Noah’s lineage. I believe they deserve justice and equal treatment under the law. I also believe that apart from Christ, they, as any other person on this planet, are hopelessly lost in sin and doomed to eternal darkness. I believe Christ died for them and bore their sins (as well as mine) on the cross. I believe black people need fathers and mothers (as all people do), that homosexuality is a distortion of God’s purpose for their lives and future (as for all people), that gender is not a sociological construct but the design of the Almighty Creator. I do understand there is a disparity of treatment for the black person in this country but I also understand the greater loss in one’s life is not their life but their soul. I will work for understanding and justice but I will not sell my soul for people’s approval.

In sum, I will not throw my hat in with those who seek to destroy or undermine the design for God’s highest order of creation – the FAMILY. When God established mankind – He used Adam’s FAMILY. When the Earth was totally corrupt, He wiped out the human race and started again with Noah’s FAMILY. When God set apart a people for Himself to save mankind, He chose Abraham’s FAMILY. When God saw in the fullness of time to redeem fallen mankind, He worked through Joseph’s FAMILY. Husband and wife established FAMILIES are the cornerstones of social order. Parents who love and discipline are essential for the life and well-being of their children. To any who suggest otherwise, I believe you do not stand against me, you stand against God and His law. You will not have to answer to me, you will have to answer to God and be judged by His law. You can cancel me, unfriend me, dislike me or attack me. I’m going to be okay because I am not here to please you, I’m here to serve Him.

Please consider watching the conversation around this issue and far more important ones that took place on the Deep End, Tuesday, June 9th, 2020.