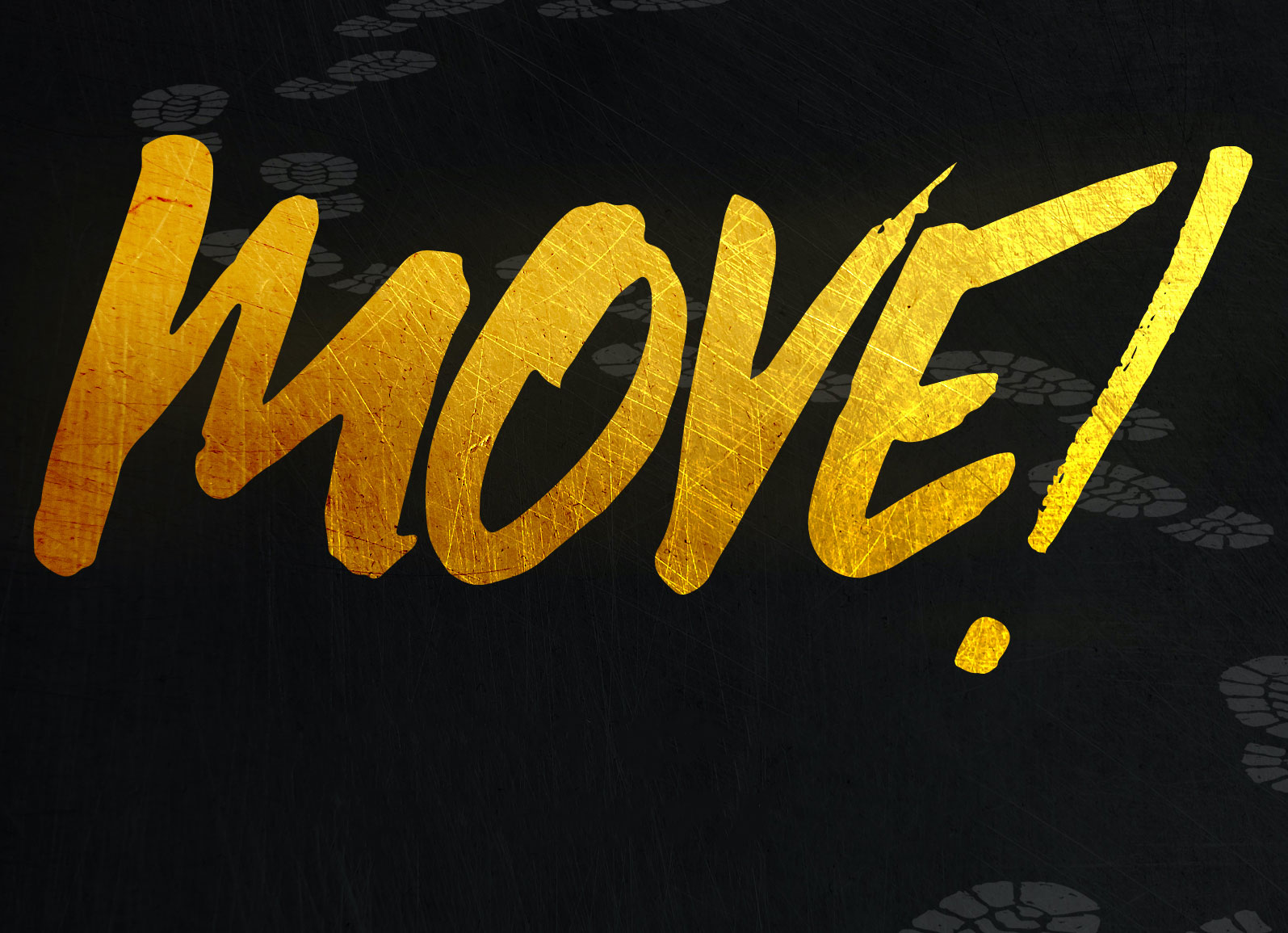 The Secret is to Embrace the Move

What do I mean by that? I mean that life is about change and trying to or expecting to stay where you are is an illusion that brings many people to their knees. If you don’t change and adjust in life – bad news! – you still will. People will just call it “getting out of touch” and/or “getting stuck in your ways”. I know this is hard to hear but it is the truth. Life is loaded with change and there’s nothing that stops it. So my encouragement is to embrace the movement.

Think about your 5-year-old version of yourself. What are they like? What do they like? Chances are they are nothing like you now. At least I hope. But this small illustration is the big picture of the human experience – we are conceived in our mother’s wombs with the seeds of constant and unstoppable change. This is God’s design, by the way. He could have designed the human condition to be a fixed state from conception to death – you as one size and one look for all time – but He did not do that. He who calls vegetation to spring from seeds planted in the Earth is a big proponent of development and change. In fact, the Christian conversion experience is rooted in a word for change the Bible calls, “repentance.”

So why do I write this? Because your move is already planted inside you and you need to embrace it. I write in the first page of the book Move!, “What God plants in our hearts is like a seed that needs a season of germination, watering, and patience before it sprouts from the Earth.” This is how creation works. More importantly, it’s how you work.

Chances are you are reading this right now and there’s an over-arching problem hanging over your head. If you’re like me, this problem can wake you up in the middle of the night, or greet you first thing in the morning. It can weigh you down and cause you to drag through the day. But here’s the hard truth, doing NOTHING to change it gives that problem greater strength in your life.

In my business, I can see the problem of a growing secular population and the shrinking of the American church as a threat or an opportunity. If I see it as a threat, my instincts will be to bury my head in the sand, blame the world for my challenges and pray for Jesus to come back so I don’t have to deal with it. If I see it as an opportunity, I can ask God to give me eyes to see those who have tried unbelief and experienced the painful consequences. Then I can ask God for the wisdom and grace to speak to them in a way that resonates with the disappointment and/or pain so that prodigals can come home and the Gospel can go further than ever.

The point is, denying that change is happening does NOTHING and I have a choice. I always have a choice in my life and the choice is to EMBRACE movement. I must ask God what He wants me to do NOW instead of struggling to keep things the way they’ve always been. When Jesus spoke to the crowds and they didn’t listen, what did He do? He brought His 12 disciples aside and explained everything to them so they would spread the Word beyond themselves and into the world (see Matthew 13:10-18)! It worked. Jesus was willing to change and adjust in the face of problems to accomplish God’s purpose in the world and in His life.

When Paul is on God’s mission to bring the Gospel to the nations he gets stopped cold in his tracks by none other than … the Holy Spirit! Look at the moment:

Acts 16:7 (ESV) And when they had come up to Mysia, they attempted to go into Bithynia, but the Spirit of Jesus did not allow them.

Paul desperately wanted to take the Gospel to Asia but God Himself said, “No.” What gives? Does God not care about the very commandment the Lord Jesus gave to the disciples about spreading the Gospel to the nations? No. You see, God wasn’t saying, “No.” He was saying, “Not this way.” God changed things up and led Paul down to Philippi where two incredible things happen. First, Paul launches a church that will become a financial cornerstone to his future ministry. Second, the Gospel takes root in what is now modern-day Europe. In Europe, the Church would experience her greatest long-term advancements and become instrumental in the founding of the United States of America. Think of that! God’s change of plans, Paul’s inability to stay where he was or go where he planned – gave birth to some of Christianity’s greatest writers and thinkers from John Calvin to Martin Luther to Soren Kierkegaard to John Milton. The Reformation happened in Europe. The printing press originated (for the purpose of Bible proliferation) in Europe. The idea of human rights was established (through the Church) in Europe. Scientific discovery for human advancement was birthed (through the Church) in Europe.

Now, what if Paul got upset at God’s change of plans and buried his head in the sand? What if he rejected God’s “no” and rushed forward anyway? He would have missed out on the opportunity to change the world in ways he never could have imagined. The verses following the “no” Paul received express his willingness to embrace change:

Acts 16:8–10 (ESV) So, passing by Mysia, they went down to Troas. 9 And a vision appeared to Paul in the night: a man of Macedonia was standing there, urging him and saying, “Come over to Macedonia and help us.” 10 And when Paul had seen the vision, immediately we sought to go on into Macedonia, concluding that God had called us to preach the gospel to them.

Lots and lots of movement in that passage, all on the heels of shot-blocked plans. It happens to God’s best servants, it will happen to you. You can’t stay here. That’s the fact. As I say in the book, “Today is the day to embrace what showed up for you this morning and to let God move you through it.”

Great things are yet to be done in and through you but don’t expect it to go the way you planned. The secret is to embrace and face the movement of today with God’s enablement right now. You may have to give something up. You may have to redirect your efforts into an entirely new endeavor. You may have to physically relocate. You may have to put something you want on the back-burner of life so that you can do what life has presented to you now (new parents, I’m talking to you).

All of this leads to the best gift God can give you – growth. Your present resistance is an opportunity for God’s enablement to adjust and adapt in life. Your 5-year-old self would thank you for not staying the same if he/she had the chance. Your future self will be glad you kept on changing.